Today Gerard L.A. Persoon gave a lecture on how  Blockchains works and what you can do with them.

What is a blockchain?

A blockchain is, as the name implies, a chain of digital “blocks” of data. A block is composed of three parts:

The fact that blocks of data are stored in a “chain” is partially what makes them harder to hack into than other forms of data storage.  This is because if you tamper with one block (thus changing its data and its hash), all the subsequent blocks become invalid because they contain the hash of the previous, untampered block. This means a hacker will probably be caught if they attempt to tamper with data in a blockchain. Although new hashes for the subsequent blocks could be created to unlock the data in the subsequent blocks so a hacker could avoid being detected, this process is purposefully made very slow by what is called the “proof of work” mechanism.

Sources: How does a blockchain work– Simply Explained, Blockchain security: What keeps your transaction data safe? 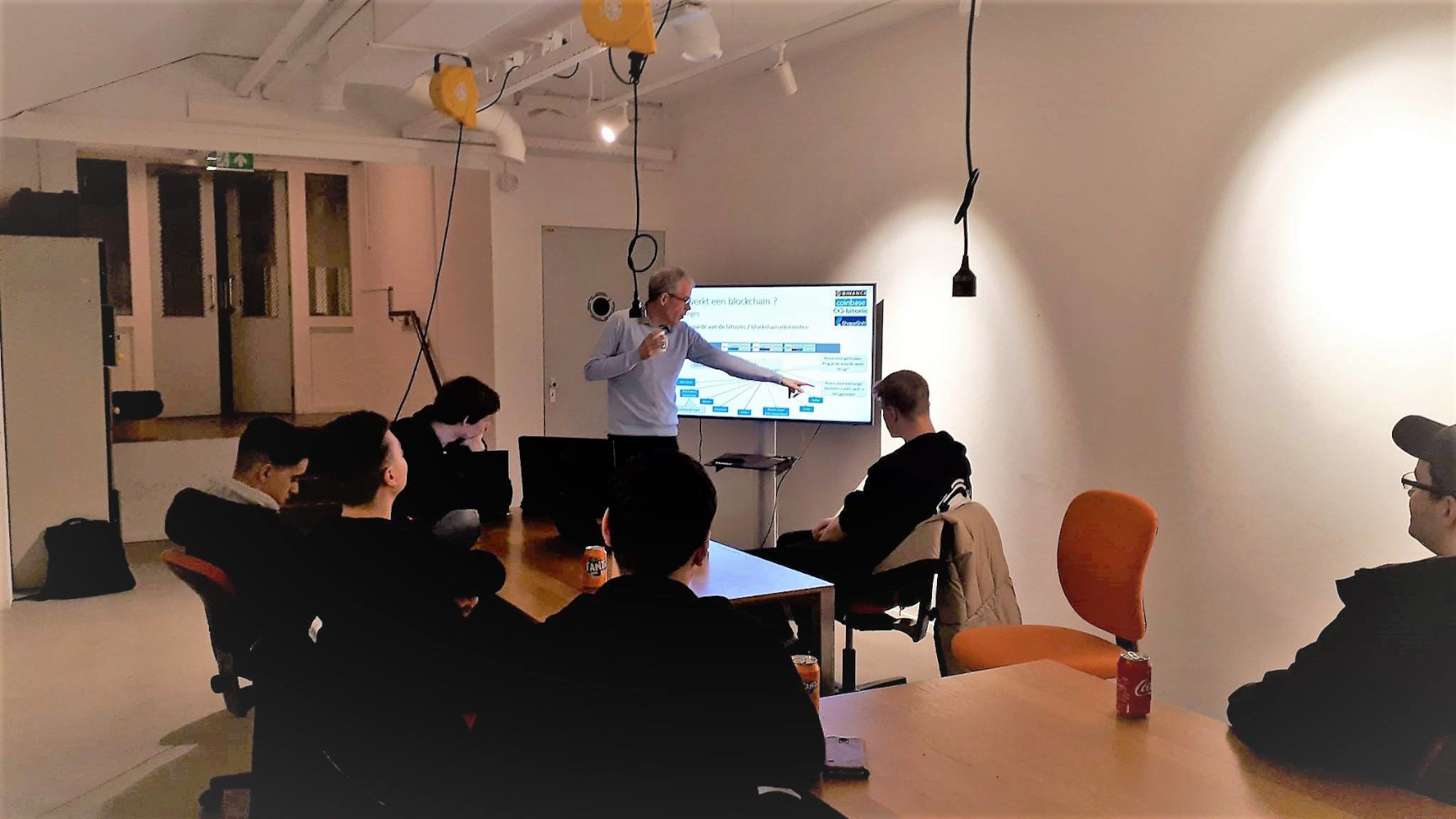